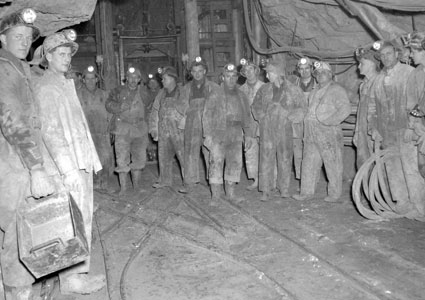 "I knew nothing about the uranium boom of the 1940’s, nor did I imagine what a fascinating story it could be. The author’s use of first-person accounts moves the narrative along briskly, and his command of language is apparent. Each of the characters speaks in his own vernacular, and as their stories develop, the larger picture of what the uranium boom meant comes into focus.

"The result is a fast-moving and insightful account of an era filled with excitement as well as heartbreak. The characters’ stories weave together in an engrossing way, giving the reader an opportunity to experience the same events from several different perspectives. This approach makes the narrative come alive.

"The author buttresses this treatment of the subject matter with what must have been exhaustive research. His attention to detail regarding matters of faith, economics and family, not to mention the uranium boom itself, reflects a view of the human condition that rings as true today as it did in 1947.

"As we move through our history as a nation, we need to be reminded of the mistakes that we have made in the past, and, hopefully, learn from them. Alas, Poor Country reminds us in a way that is both entertaining and non-judgmental." -- Mark N.

"I believe that people tend to think of themselves as fiction readers or non-fiction readers. However, Greg Coyle’s historical novel, Alas, Poor Country, is the right book for all readers. It’s also a novel for lovers of the language and those who like a little mystery. Because the characters are so beautifully realized, this amazing story—set during a fascinating time in United States history—is effortlessly integrated. You care what happens to these people and, at the same time, you keep shaking your head: How did I not know this went on right here in the U.S.? Best of all, it's the kind of book that makes you want to do nothing else until you've finished it." -- Shawn J.

"By the fourth page I was hooked. When reading a book I like to be carried away to the book's time and place and I enjoyed going to Utah during the big uranium boom in the early 1950’s. The characters were so real that I could visualize what they looked like and I could even hear their voices while reading their dialog. It was easy for me to fall in line with the characters to keep me turning the pages to find out what was going to happen. There were interesting twist and turns that I did not expect at all and when I thought I had figured it out I was taken thru a different rabbit hole. My only disappointment was when I finished the book. I wanted the story to keep going, so I am hoping for a sequel soon." -- Lisa K.

"Alas, Poor Country is a very well-written and truly enjoyable story that, although set in a very forgotten time and place in American history, illustrates the darker frailties of humanity in a way that engages even those readers who were unaware of or uninterested in the uranium boom of the mid-1900’s. The author very effectively weaves multiple storylines that seem to curl and twist and intersect in a way that feels almost gravitational in its eventual conclusion, the closer the lines become the more intense the pull and grip of the drama. But even with the great detail given to the character development and story, the reader also gets to feel the grit that results when hope and desperation collide in a time and setting that is reminiscent of critically acclaimed stories like ‘There Will be Blood’ and ‘No Country for Old Men.’" -- Ethan C.

I found the book very engrossing, and that's quite a statement from a woman who used to avoid literature set in America (too many years of studying medieval English literature will do that to one). The characters, particularly Cora, had an aching despair hidden under their physical and mental toughness that haunted me even when I finished the book. The bleakness of the landscape mirrored the desperation in the characters' lives, and the scene in which the local merchant takes the tourists out in a bus into the desert and the guy gets shot was one of my favorites. You know how much the characters (both major and minor) want to succeed – to escape their pasts, to build their futures – and yet they are trapped by their own greed, their own short-sightedness, or just by the machinations of other characters. And being a language geek, I truly enjoyed the characters' distinct vernaculars. -- Stephanie C.